Hi, I'm Yuka Inui, Editor of Reach One.
This time, we have Ms. Mizutani, who is currently studying at Yale University and will be joining the company from October 2020, share with us why she decided to join BizReach. 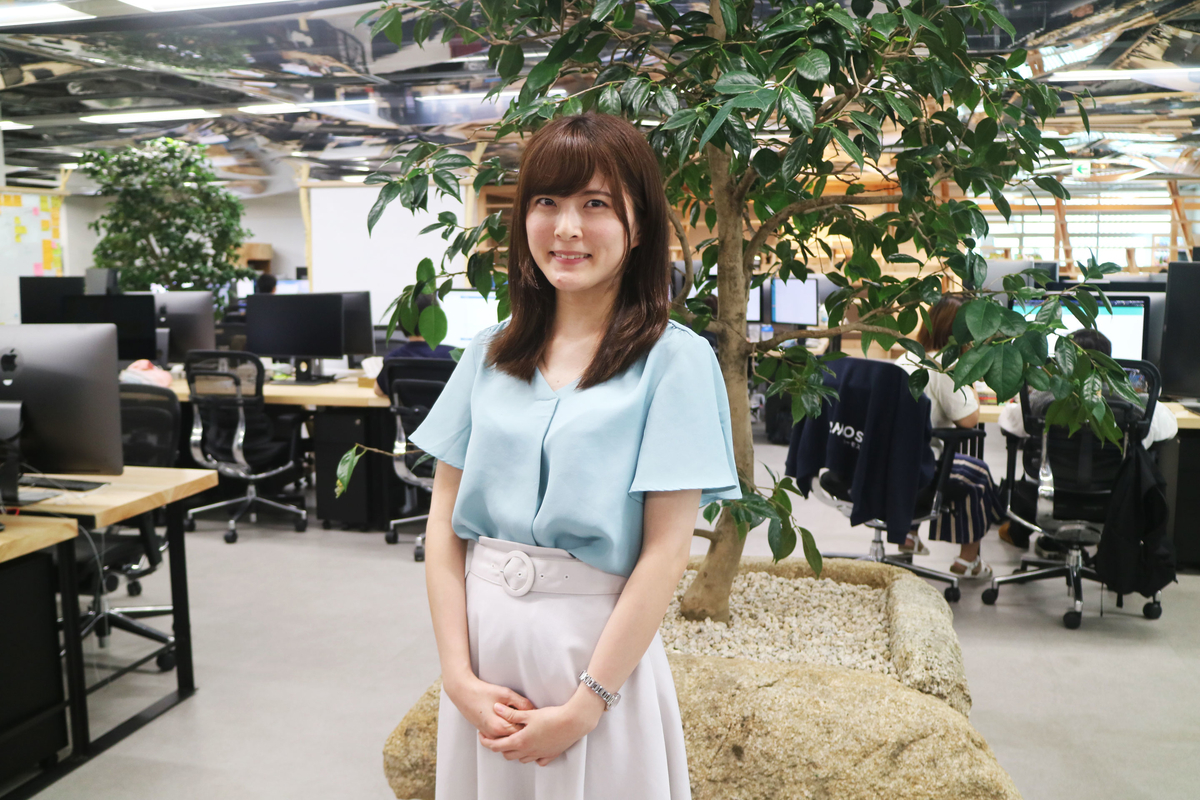 Tomoe Mizutani / 水谷 友絵
Born in 1998, from Mie Prefecture. After living in Honolulu, Hawaii for about 10 years from the age of eight, she entered Yale University, majoring in computer science, and is currently in her third grade. Tomoe plans to join BizReach as a new graduate in October 2020, and is participating as an intern for 10 weeks since June 10, 2019.

ーOh, so you are currently studying at Yale University in Connecticut, USA. Are you from Japan?

Yes, I am from Japan. For the US period: I have lived in Hawaii since the age of eight. Currently, I’m attending Yale University on the East Coast and live in a dormitory.

ーWhat did you learn at Yale University?

I major in computer science (CS). First, during my foundation year, I was taught the basics of programming and the mechanism of the personal computer, and from the second grade I have been mainly learning AI and machine learning.

The reason why I am majoring in CS is because of the programming class in my first year. It was very different from what I have learned up until then, so much that I began to find it interesting to write and run programs by myself. However, after I decided on my major and gained a deeper understanding of my field, I realized that CS is not just about programming. It covers a broad academic discipline, both horizontally and vertically. Also, as interdisciplinary fields in IT and other industries are set to enjoy good growth in the future and engineering skills can serve as a foundation for virtually any pursuit, I decided to learn across other fields related to engineering. At university, I mainly study the theoretical aspects of CS such as algorithmics and computational theory.

In the AI class, I learned about things like game AI, where players compete against each other via one to one matches. In Japan, shogi games between professional shogi player and AI-equipped robots became a hot topic and so I guess that got me started studying on how AI decides the next move. Since I have always liked games, learning how to incorporate AI in games doubles the fun and the whole learning process had been really addictive.

Right now, I am most interested in picking up natural language processing, a field of AI that gives computers the ability to understand human language as it is spoken. Since I am bilingual and have always been interested in languages, I was intrigued by how programming takes a quantitative approach to language.

ーI see. That sounds very interesting!

Yes, Yale University holds about 2000 classes every year, and what makes my school attractive is that they give students the flexibility to take up free classes they are interested in, which are outside of their field of specialization. What was particularly impressive amongst the classes I took was the "American Architectural History and Urbanism" class. It had a very unusual class content whereby I learned how architecture impacts society in terms of economic, social and political aspects of a city.

In that class, we studied the growth of American cities through architecture. What impressed me was knowing that buildings play a role in the city space.

For example, high-rise buildings in the 40s represent power by extending the vertical axis, but by opening up the ground floor for retail shops, it brings harmony and unity to the city. From this we can see how urban development revolve around people who live in the city and I think the same concept can also be applied to organizational development.
If I join BizReach and be involved in the HR business, I think I’d be able to make use of what I’ve learned from other fields, such as being conscious of creating space that can support, encourage and foster interaction between working people. 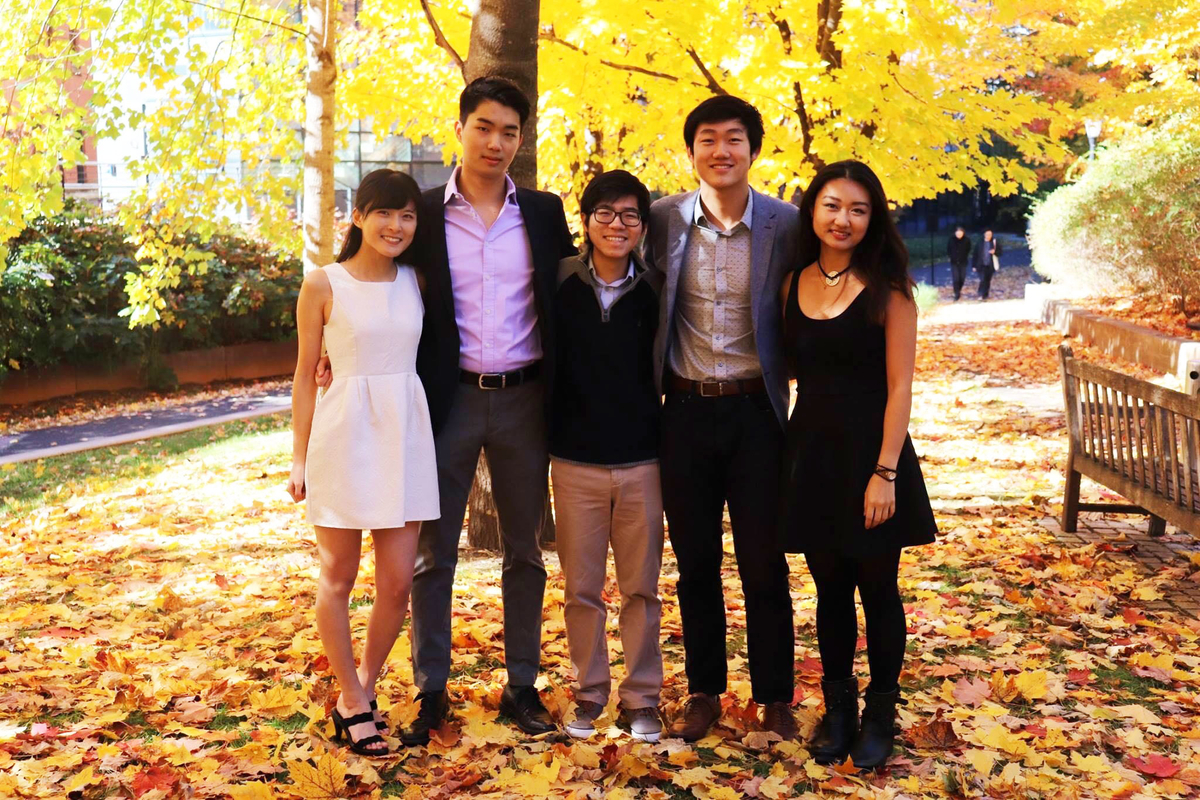 I chose BizReach because it respects "individuality" more than anywhere else

ーWhy were you interested in Japanese companies when considering employment?

I had a strong desire to “do something that only I can do". I believe what I’ve learned and experienced can contribute to the growth and development of a company, as there is a need for Japan to open doors for more diversity in the future.
I was raised by my Japanese mother while living in the United States, and so there are times where my perspectives and values can be seen hybrid. I consider this side of me as my strength because I believe that I can propose ideas from several different aspects, and that was why I took into account Japanese companies as one of the options.

In terms of industry, I was looking mainly into the HR industry, whereI think that Japan has many challenges to work on. In an organization where diversity is required, I think there are a lot of issues to be solved, from small ones to large ones. Therefore, the reason why I placed focus on the HR industry was because I think it is interesting to not only model overseas ways but also I see a lot of room for improvement in the idea itself within the unique context of Japan.

ーHow did you come to know about the existence of BizReach?

I learned about BizReach for the first time after participating in a job hunting fair for people who want to work in Japan, which was held in San Francisco. At the fair, I attended talks held by various companies, from foreign affiliated companies to big corporates, but out of the many talks, BizReach was the one that left a deep impression on how much they place high importance on people. 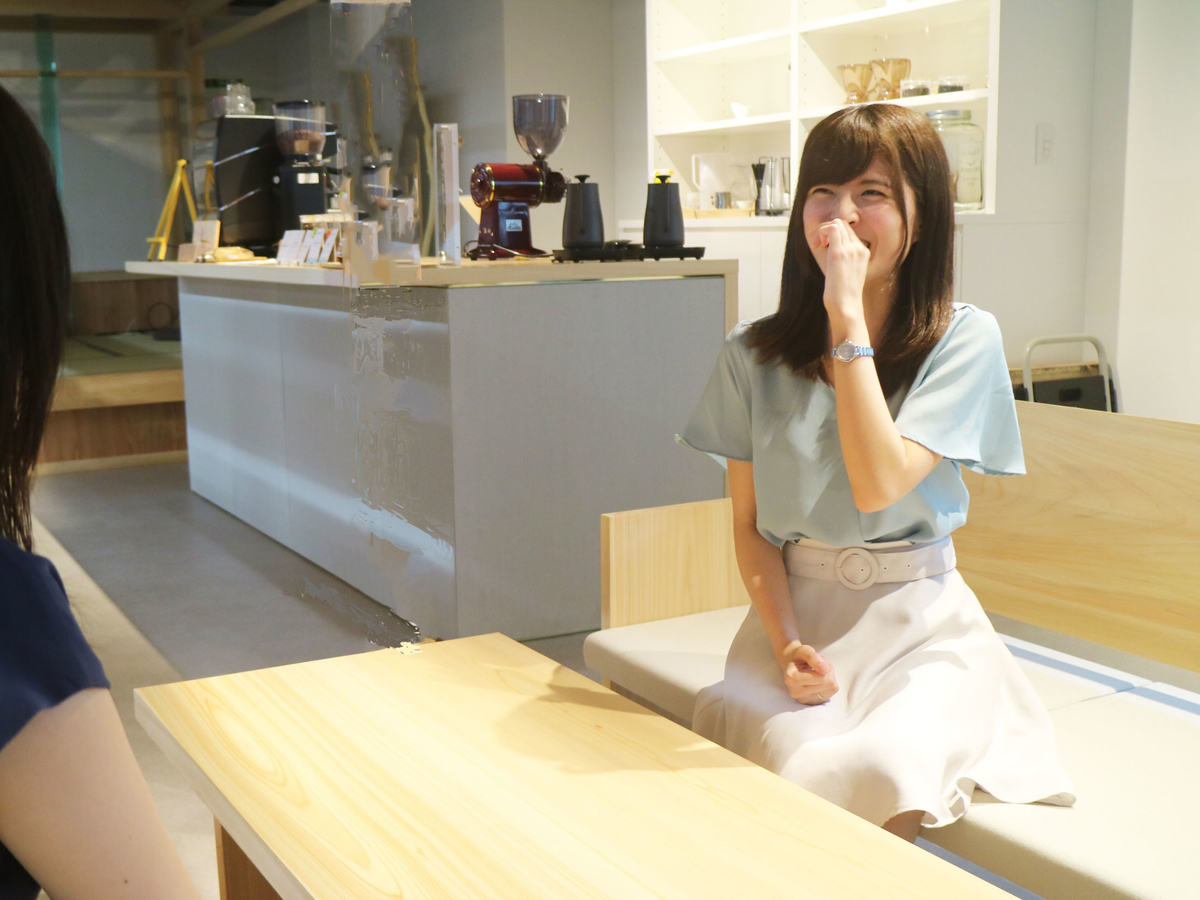 ーI see. Which part of the talk gave you the feeling that BizReach values people?

Shin Takeuchi, Board member of BizReach, came to the Job Hunting Fair and I had the opportunity to talk to him for about an hour. It was then, where I learned that BizReach leverages the strengths of each and every employee. Of course, there were other companies which left a strong impression of nurturing people in accordance with the organization's value. However, I felt that BizReach genuinely values "people," and respects individual "personality".

I was also deeply impressed by the way BizReach thinks about hiring internationally. To them it is not just about bringing in excellent human resources from overseas. The company is conscious of how the presence of newly joined global member affects pre-existing members and the company as a whole, and at the same time, takes care of potential issues that these new members might encounter as they join a Japanese community for the first time. Indeed, BizReach does practice what it preaches - valuing people.

As Takeuchi-san shared with me more about the reality of global recruitment and the fact that global members struggle to blend in with the homogeneous Japanese social circle, I became more aware that, I, equipped with both American and Japanese values, can do something meaningful in that situation.

A wide range of active personnel centered on engineering

ーCurrently you are working as an intern（※1）at Bizreach, how do you find it after actually working here?

I am developing a web app as an engineer during the 1st seven weeks of the internship. The front-end mainly uses Angular Framework with TypeScript, and the back end uses Play Framework with Scala. We are adopting Scrum which is commonly used in Web development, where the sprint length is one week, starting from Thursday. I felt that having an agile development experience with Scrum is particularly important for interns in developing various knowledge and skills.

For the remaining three weeks as an intern, I will be at the AI team. As many businesses in BizReach deal with text data, I am interested in learning how natural language processing is applied. After my internship ends, I will be returning to the university and I intend to associate the tasks given to me at AI team with my graduation research.
I believe that once I get a better sense of the structure of the AI team and the tasks involved, I could ensure a smooth communication with the AI team when I join them next year. 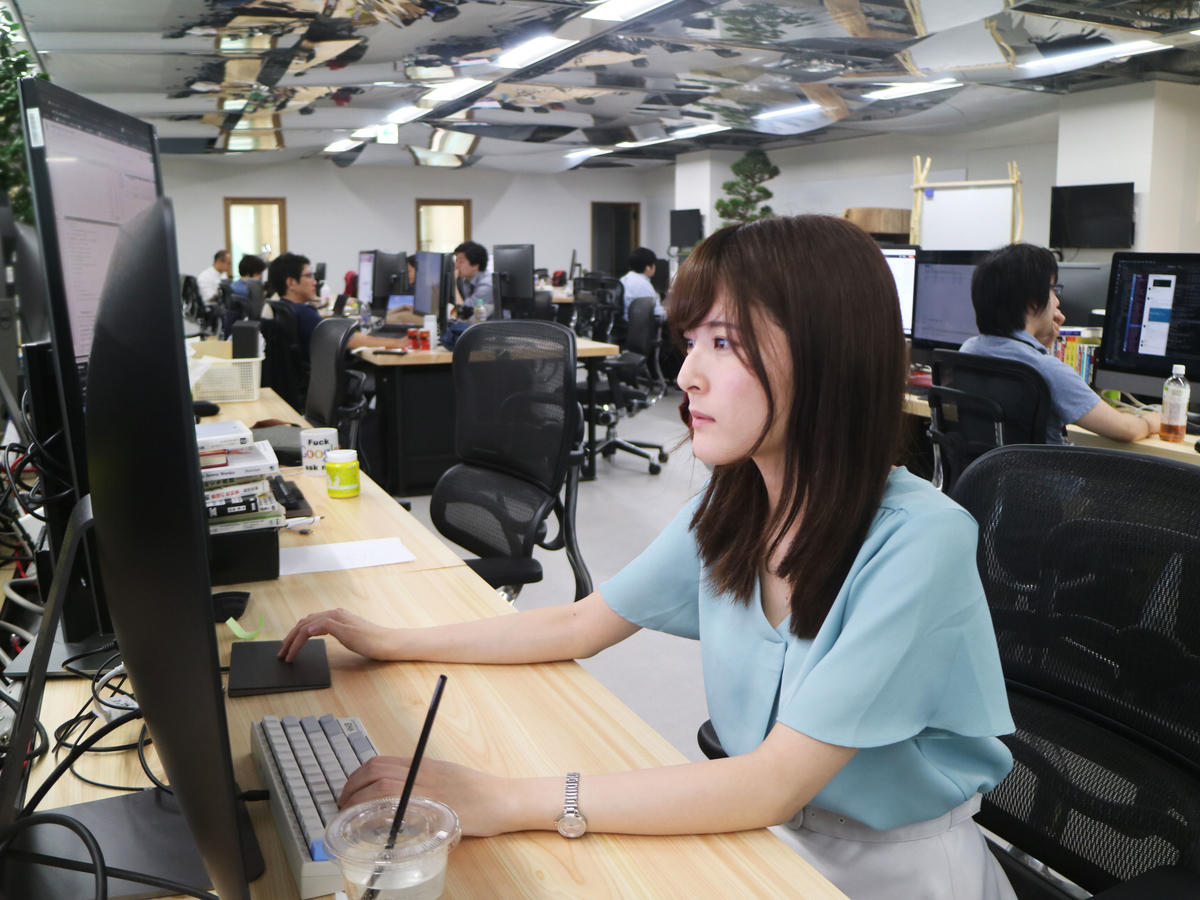 I feel that BizReach provides a very conducive environment for engineers, allowing them to develop faster and better. For instance, engineers put aside time to improve not only the project they are in charge of but also the developer experience across the workplace. I think such arrangements fosters optimal environment for developing, and at the same time, allow programmers to keep their eyes open for new technological innovations.

Not forgetting, at BizReach, its engineering organization is made up of people from diverse backgrounds and experiences such as machine learning specialists, OSS committers and former engineers at game companies. I personally find communicating with them fascinating and they definitely changed my outlook on my future career.

Then the other day, my mentor came to me and said, "Engineers from Bizreach will be presenting at a conference. Do want to come and attend!", and so, I participated in the "Scala Matsuri”conference. I could feel that BizReach members generously support not just interns like me, but also their fellow co-workers in terms of their learning and growth.

In addition, the flat organizational structure creates an open workplace culture that encourages employees to speak up and removes any inefficient aspects of communication, and, in my opinion, this aspect fully displays BizReach’s guiding philosophy of promoting employee growth. 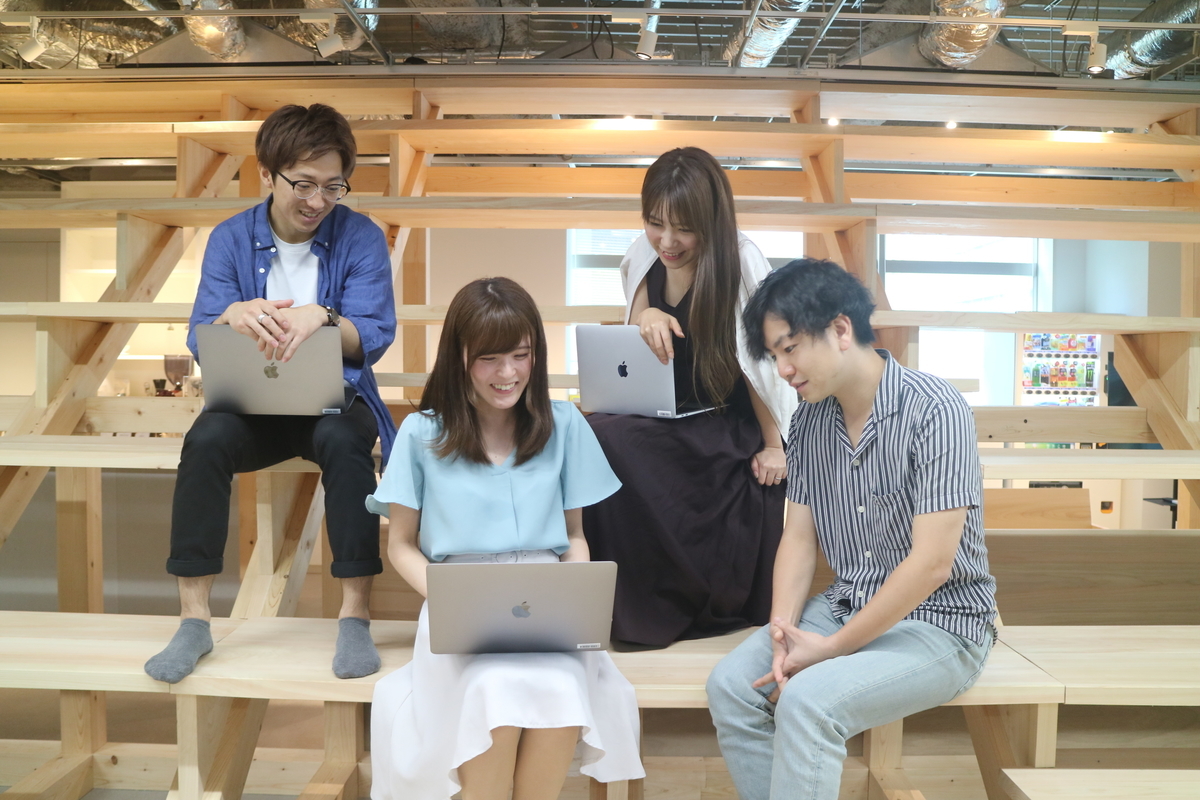 ーWhen you join BizReach, what kind of work do you want to do?

First of all, I want to do my best in gaining knowledge as an engineer. Then, from there, I aim to leverage my experience as an engineer in management, human resources, business operation, etc, and play an active role in these fields. Engineering jobs create unprecedented value and have the power to derive solutions. So, I want to improve my ability as an engineer.

ーLastly, how do you feel about joining the company fall next year?

I look forward to being able to engage in products that contribute to society, such as BizReach and HRMOS. At present, there are various factors, such as productivity improvement and population decline that the Japanese society faces when it comes to solving working environment problem, and it is not something that we can solve right away. However, I think BizReach products can shift the HR industry towards a little more positive orientation and I believe I am able to contribute to this change as well.

Experience of working at a bank and in the career advisory field at an employment agency after graduating from University. She joined BizReach in 2018. Working at the Human Resources Department and is in charge of HR marketing related activities and works as an Editor of Reach One. She is good at singing impersonations.